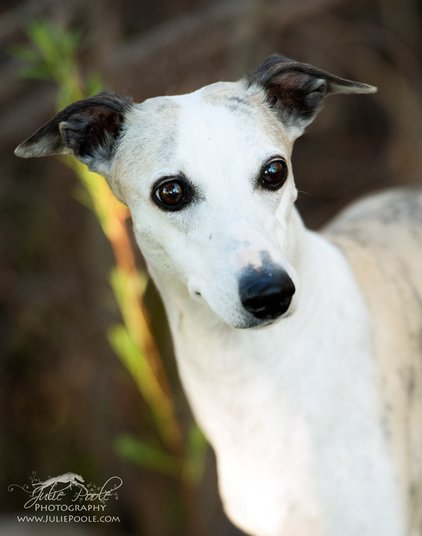 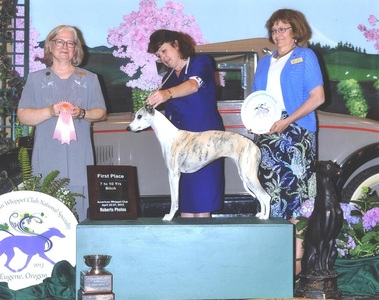 Tilly was the flagship champion of the Pie and Stinger breeding.  Pick puppy for Wendy, she went to live with Donna at the age of seven months. She is utterly spoiled rotten by Donna, and has her every desire catered to in Santa Maria.

Tilly's porcelain-like beauty was evident at a young age, hence her being named after the famous Chantilly Porcelainerie in France.  She quickly finished her American and Canadian show championships, with some big wins along the way, all handled by Donna. 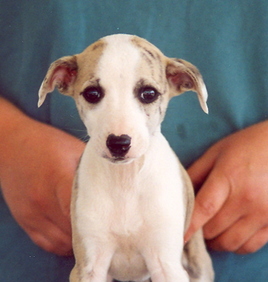 Judging by her big mouth and the enthusiasm shown in her one official run, Tilly would have probably done her mother proud in the performance arena.  However, she seemed to prefer to spend her days being fanned by Donna and eating bon-bons.  Occasionally coaxed off that couch to deign to strap on the old show lead for a Specialty, Tilly always turned heads in her rare forays into the ring.  Although she and her mother always greeted each other with growls (Tilly was a very naughty puppy), Tilly lent her support to helping her dam win multiple Best Brood Bitch awards, including one at the National Specialty.

The Princess was bred to the handsome Sully, Ch. Sportingfield Hot Topic ROMX,  and her very nice litter of "Tillettes" was born on September 17th, 2010. She enjoyed motherhood so much she had a second litter, sired by Ch. Tangen's The Maverick Cosmonaut, FCh., in 2011.

Tilly was the queen of her home and enjoyed retirement.  She moved off the couch to enjoy a Specialty or two, and has done quite well when she's in the mood, receiving second in a very deep Veteran Sweeps class of 7-10 bitches at the 2011 National Specialty & winning the 7-10 bitch class under MaryBeth Arthur in 2013.

Tillis lost a front leg to an aggressive soft tissue sarcoma in 2014. She did not let this slow her down, and she tap, tap, tapped her way up and down stairs and ran all over Donna's yard, keeping her grandbaby Clark in line.